Franciscan Sisters in the Faroe Islands

The Franciscan Missionaries of Mary on the Faroe Islands are members of an international institute. At the moment, there are over 5,500 sisters from seventy-eight nationalities living in international communities all over the world.

The Institute was founded in India in 1877 by Mary of the Passion (Hélène de Chappotin), a French woman born in Brittany, France in 1837, and beatified by the Catholic Church in 2002. The sisters are inspired by the lives of St. Francis of Assisi (1182-1226) and Mary, the mother of Jesus Christ, both of whom opened themselves totally to the Spirit of God at work in their lives. The sisters also try to live totally open to God by being “ready to go anywhere and to anyone to announce the Good News of salvation” (Article 4; Constitutions) and in daily Adoration of the Risen Jesus in the Blessed Sacrament. 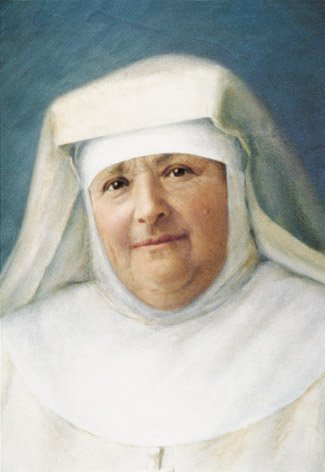 Arrival in the Faroes

The FMM first arrived on the Faroe Islands in April 1931, in response to an appeal made by Cardinal Van Rossum to help the Faroese people and to re-establish the presence of the Catholic Church on the islands. Over the years, they built up a school, a crèche, and a kindergarten, and served the needs of the small Catholic community which gradually formed. Today, there are approximately 270 Catholics of 23 nationalities in the Faroes. 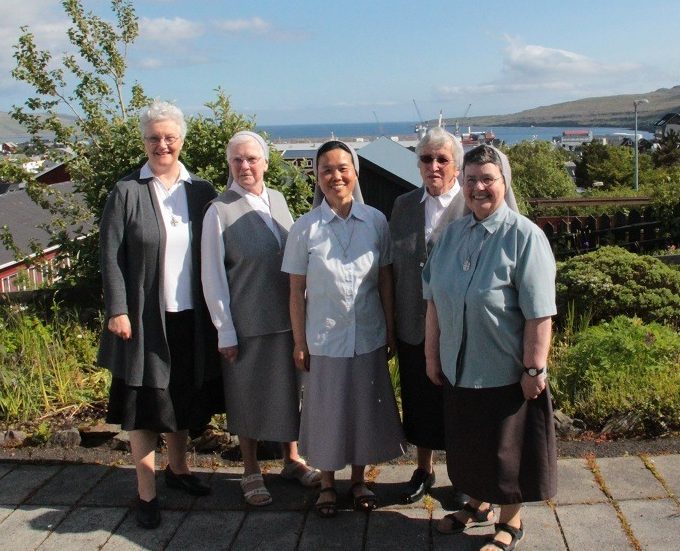 The present community of Franciscan Missionaries of Mary.

The present FMM community is the only community of religious sisters on the islands. At the moment, it is made up of five sisters of four nationalities: Flemish, Maltese, Irish and Korean, ranging from 50 to 89 years of age. The primary mission of the sisters is to proclaim the Good News of Jesus Christ; to support the small Catholic community on the islands; and to represent the Catholic Church on the way towards Christian unity. One of the sisters continues to work in the kindergarten established by the FMM. The school and crèche were handed over to Tórshavn Town Council during the 1980´s. The sisters are also engaged in a variety of other apostolates: education; faith formation; prayer groups; inter-church activities; visiting the sick and the elderly; welcoming various groups; service of the poor.

Although the work of the sisters is important, two other aspects of their lives are equally important: their life of prayer and their community life. The sisters pray together at least twice a day in the name of the Church, for the local community and for the needs of the world. They also set aside times for personal prayer each day, as well as having more intense periods of prayer throughout the year. They come together regularly for meals, recreation, meetings and reflection. It is here that the sisters find the strength to live their calling as Franciscan Missionaries of Mary.

In 1990 Bókadeild KFUM’s published the book Frans í Assisi, of author Elin Mortensen. The book is 56 pages with black and white illustrations.
The book can be purchased in bookshops and from bókadeild KFUM’s. Price: 110kr.