Second Sunday in Ordinary Time (A) 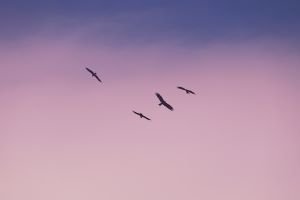 Mass Readings may be read HERE

Today the prophet Isaiah spoke to us about a change in the relationship between the people of Israel and their God. Isaiah speaks of the vocation of God’s servant. Who is God’s servant? It is Israel, in other words, God’s chosen people, the people we also know as the Jewish people. Isaiah says that the Lord formed Israel in the womb to be his servant, to bring Jacob back to him, to gather Israel to him. In other words, God wanted his chosen people to come back to him, from their exile or whenever they left the paths of the Lord. The Lord was using Isaiah to call the chosen people back to God.

The Jewish people called people who were not Jews “the nations”, or “the pagans”. They were convinced that their God was for them and for nobody else. In a way, they were right. Through the prophets, God kept telling the Jews that He had a special relationship with them, and that He treated them differently from all other peoples and nations.

Suddenly, at the end of today’s reading from the book of the prophet Isaiah, the message changes, when Isaiah tells us that God had said: “It is not enough for you to be my servant, to restore the tribes of Jacob and bring back the survivors of Israel; I will make you the light of the nations so that my salvation may reach to the ends of the earth”. All of a sudden, God wants not only His chosen people, but all the nations, the non-Jews, to be saved.

This is why the feasts we have been celebrating over recent weeks are so important. God the Father revealed that Jesus was the Messiah, but also that the Messiah was a light for the nations. Jesus had come to bring the message of salvation from God not only to the Jews, the chosen people, but to the whole world. Don’t forget the last words Jesus said to His followers before He ascended to heaven: “Go, therefore, make disciples of all the nations; baptise them in the name of the Father and of the Son and of the Holy Spirit, and teach them to observe all the commands I gave you”. Every person who is baptised has that same task. We share in the mission Jesus gave the Apostles and His other disciples before He ascended to heaven. Our mission is to make disciples of all the nations. There are many ways of doing it. Whichever way we find, we have to do it.

← The Epiphany of the Lord Visit of Bishop Kozon →
Share This